Now with a greater understanding of the pros and cons of all resurfacing options, we are experiencing a laser resurfacing renaissance. In order to better serve our patients, and make the recovery process as straightforward and non-restrictive as possible, we are now combining modalities such as traditional resurfacing for difficult wrinkles and treating the rest of the face with fractional lasers.

Our ability to custom create a procedure that maximizes results and minimizes patient inconvenience rests upon the fact that our team, led by Dr. Jill S. Waibel, strives each day to create and protect healthy skin that will last our patients a lifetime. This is the essence of what we do and drives our commitment to each laser skin resurfacing procedure we perform.

Our team uses a combination of innovative and effective laser technology–the Lumenis M22® IPL, Sciton BBL, and Ellipse IPL–in order to help create the healthy, beautiful skin you have been seeking so that you can walk forward with confidence. Regardless of the skin condition with which you are dealing, you can trust that our world-class team can create a plan that will address your concerns and leave you in awe of your new look.

Please keep in mind that laser skin resurfacing is a process. While you will see some improvements after each procedure, you may need a series of treatments, or you may seek to combine your treatment with BOTOX® to further enhance the results.


HOW MANY TREATMENT SESSIONS ARE NEEDED?

For the majority of patients, ideal results will be achieved after four to six treatments, typically spaced four to eight weeks apart. One of the benefits of this treatment is that results are long-lasting, so the beauty and health of your skin will be forever improved. Slight touch-ups may be needed periodically to maintain results.

WHAT CONDITIONS CAN BE TREATED?

If you are looking to minimize the appearance of wrinkles, scars, hyperpigmentation, or veins, treatments with the Lumenis M22® system are helpful for improving the overall appearance of the face, neck, chest, back, and hands.

WHAT IS THE RECOVERY PERIOD?

Because Lumenis M22® is non-invasive, patients can return to their normal daily activities immediately following treatment. It is common to experience some redness, burning, and/or swelling, depending on the specific treatment performed, but these side effects typically resolve within seven days or less. You will be instructed to apply sunscreen daily, as your skin will be sensitive after treatment.

One of the most popular treatments for rejuvenation of aging skin is resurfacing. Ablative resurfacing with carbon dioxide (CO2) is considered the gold standard for laser resurfacing. The 2,940 nm Er:YAG device was developed next in this line of devices. The Er:YAG is absorbed 16 times more strongly by water than the CO2 laser. To address the adverse effects of ablative resurfacing and limited effects of nonablative lasers, the concept of fractional photothermolysis was developed. In fractional ablative resurfacing, photothermolysis scanners create an array of microscopic wounds at deep dermal depths with controlled collateral coagulation. These microscopic wounds result in zones surrounded by normal tissue, which allow for rapid healing of the laser-treated columns.

Fraxel® laser treatment is a safe and gradual laser procedure that stimulates the body to replace aged, scarred and photodamaged skin. The Fraxel® laser is a novel device that can provide the dramatic results of laser resurfacing using a less invasive technique with little downtime. Fraxel® is the skin rejuvenating treatment of choice for busy patients who cannot take time out of their schedule for prolonged recovery, but who are still seeking a noticeable improvement in their appearance.

The Fraxel® laser achieves its effects by a novel process called fractional resurfacing. Instead of treating the entire skin surface, it treats just a fractional percentage of the skin’s surface, thereby allowing the natural ability of the skin to heal itself very quickly after treatment.

At Miami Dermatology and Laser Institute, our board-certified dermatologists use Fraxel® Dual 1550/1927 to treat sun spots, wrinkles and photoaging. Fraxel® has been safely used by our expert dermatologists to improve skin health and texture for many patients. The laser’s history of success, matched with our unwavering commitment to patient satisfaction ensures that your experience will be a positive one.

WHAT SKIN CONDITIONS CAN BE TREATED?

Fraxel® has been shown to be effective in the treatment of facial and non-facial photodamage, wrinkles, and discoloration. It is also being used for the treatment of acne scars and other scars on the face, chest, and back. In addition, nonfacial areas with extensive keratosis and photodamage, such as the arms and legs, may be improved with treatment.

Age spots (also called liver spots) are typically caused by the sun and most commonly appear on the face, hands, arms/shoulder and chest areas. Age spots are harmless and pose no medical harm, although many find them troubling to look at. Brown spots are very similar to age spots and are also caused by sun damage. At Miami Dermatology and Laser Institute we utilize a series of lasers to treat and lessen the appearance of brown spots and age spots, so your skin will be beautiful and meet the highest standards of health
HOW MANY TREATMENTS ARE NEEDED?

The majority of patients will achieve satisfactory results with a series of three to five treatments. However, deep wrinkles (often seen around the mouth and lower face), may require additional treatments. Fraxel® treatments are typically performed every four weeks, but may also be done more or less frequently, depending on the condition to be treated and your dermatologist’s recommendation.
WHAT ARE THE SIDE EFFECTS OF LASER SKIN RESURFACING?

Some patients will experience discomfort during treatment; therefore, a topical anesthetic is applied prior to the procedure. You may experience slight redness, peeling, and swelling for three to seven days after treatment. However, some patients may develop small raw areas that take longer to heal. Should you have any concerns about the nature of your side effects, or the potential side effects you might experience, never hesitate to contact us. We would be more than happy to answer your questions.
ABOUT EMATRIX

eMatrix, also called sublative rejuvenation, is a combination therapy that includes non-ablative and ablative treatment. While non-ablative treatment does not produce a visible wound on the surface of the skin, ablative treatment will. eMatrix Sublative Resurfacing delivers radiofrequency (RF) energy directly to the dermis or deeper layers of the skin. When RF heats the dermis, it triggers a healing response that works to tighten collagen and elastin, which give skin its resiliency and is often lost with age. The technology firms loose skin, treats lines and wrinkles, and can also be used to treat acne scars.

The Sublative treatment has minimal discomfort and downtime, which makes it an excellent choice for all of our busy clients. The RF is delivered in a fractional manner, stimulating a controlled wound healing response under the surface of the skin. Since the RF energy is administered by heating some skin and leaving other areas of skin untouched, only about five percent of the skin is ablated. This results in less redness and healing time since the energy is delivered through tiny wounds deep within the skin’s layers to stimulate new collagen formation. This makes eMatrix treatments very beneficial for treating scars and wrinkles.

Radiofrequency energy is safe and effective for darker skinned patients because this type of energy gets absorbed in the same manner by all skin types. In most cases, you can expect to need three to four treatments in order to achieve the best results. Combination treatments with other lasers and light systems may be very effective as part of a customized skin renewal program to achieve comprehensive skin rejuvenation with minimal downtime.

If you have questions regarding which treatments will be best for your skin’s specific needs, we are here to help. Dr. Jill S. Waibel is recognized worldwide for her depth and breadth of knowledge on dermatological matters such as these. Our firm serves residents of Miami, Ft. Lauderdale, Kendall and the surrounding Florida communities. Contact us to learn more. 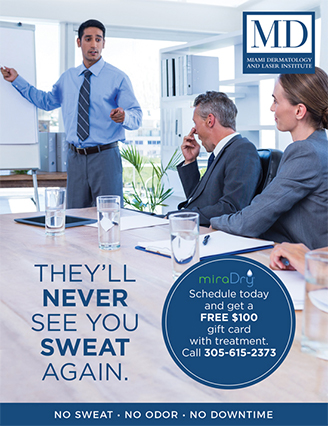 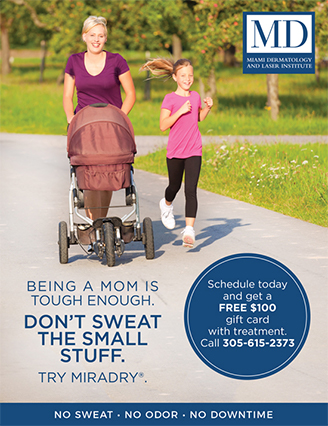 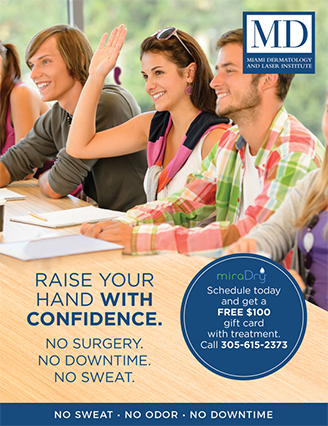 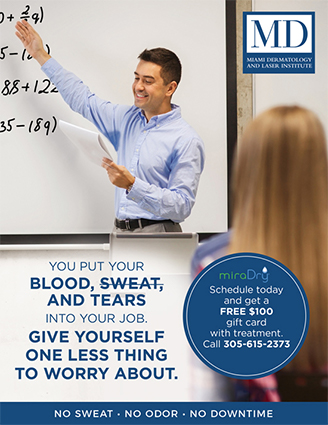 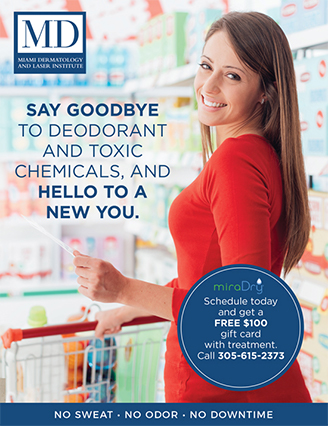 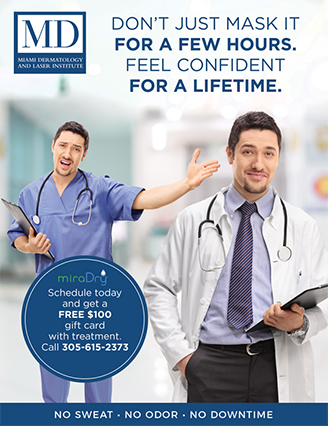 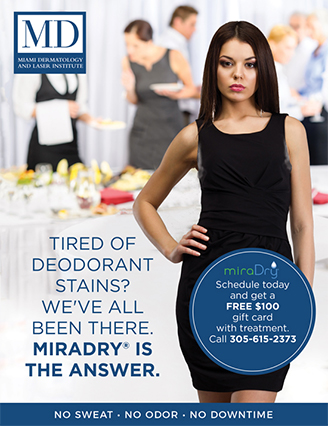